Anti-South Asian Racism in the Netherlands 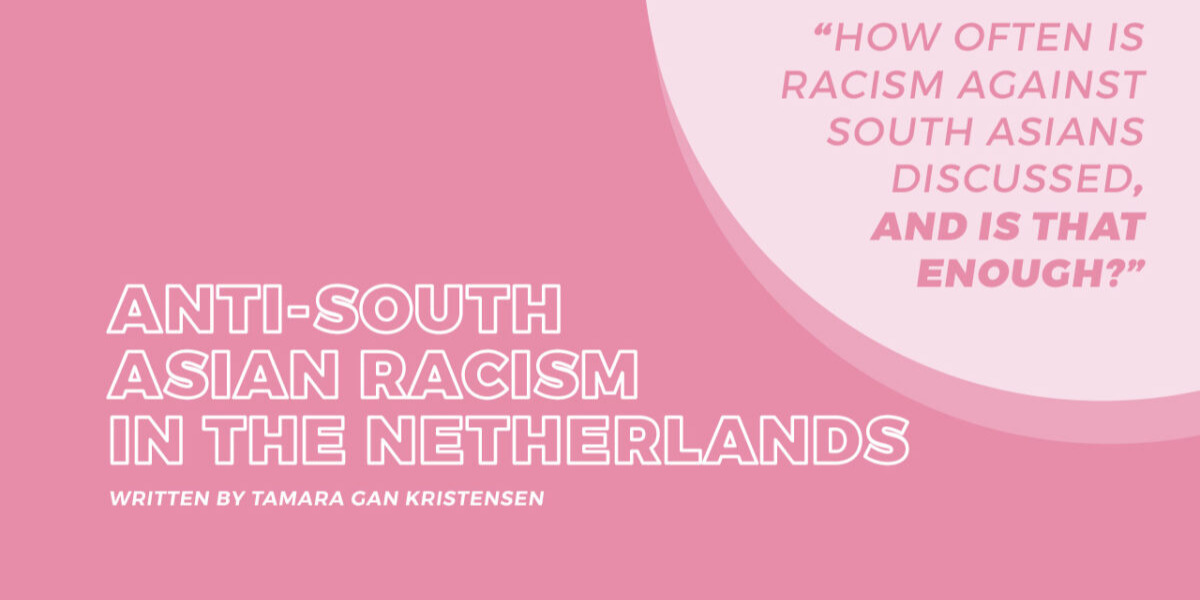 Written by Tamara Gan Kristensen, writer at Asian Raisins and an international student in Amsterdam. Having grown up in Asia as Eurasian, Tamara combines her past experiences and her current experiences in the Netherlands to confront racism through her writing. In this article, she writes about the inclusion of South Asian experiences in the movement to Stop Asian Hate.

It has always been difficult to generalise racism against Asians as one overarching experience and doing this is counterproductive. Thinking of our experiences through one perspective overlooks the nuances in the racism we face. Yet, the movement against anti-Asian racism in the Netherlands has, by and large, focused on one particular discourse of racism against Asians: the racism against those who are perceived as East/Southeast Asian-presenting. (Unfortunately, we still have to remind racists that Asia is much bigger than that). The pandemic has highlighted and seen a huge spike in anti-ESEA, but attention must still be paid to the ongoing racism faced by South Asians. So, how often is racism against South Asians discussed, and is that enough?

From these conversations, I learnt that they both face discrimination on a racial basis. i.e. being Asian, and on a colour basis, i.e. colourism. While these interviews cannot generalise the experiences of every individual of a South Asian ethnicity, their stories will hopefully encourage expanding the discussion on anti-Asian racism.

Racism based on specific and general stereotypes

Firstly, Rhea and I discussed the different kinds of racism we experienced thus far in the Netherlands. I, as half-Chinese, recounted the number of times I heard someone say ‘ni hao’ or ‘konichiwa’ to me on the streets. Or how often I heard a Dutch person ‘joke’ that I wasn’t allowed to eat their cat. Over 20 times. I counted.

Rhea, on the other hand, recounted the number of times someone called her “spicy” or “exotic” as if it was a compliment. Fun fact: the fetishisation of South Asian women is not a compliment.

Rhea could also recall one particular conversation she had with one of her friends. In this conversation, she was told by her friend that she couldn’t handle European culture. This was because she was “too emotional and got angry too much”.

This was just after one incident of Rhea getting frustrated, and rightly so. But according to this friend, getting angry is not the ‘European way’ of dealing with a situation. So, instead of acknowledging her actual emotions, this friend pinned Rhea’s feelings on a racial stereotype of simply being overemotional. This stereotype of being overly angry or fussy was identified in a study2 in the UK: people think South Asian women are constantly making a fuss out of nothing.

In looking for something on this topic in the Netherlands, I came up short. This makes it difficult to identify the foundation of this stereotype here. One explanation could be, that it is based on colonial conceptions, considering the history between India and the Netherlands (see: the VOC). Regardless, there is little doubt that this interaction was informed by similar racist preconceptions as those in the UK.

Aadya also recalled friends coming to her house for the first time, and commenting that her house “did not smell”. You could defend this, and say it was meant as a compliment. But, if that’s your first reaction, you need to ask yourself why you consider it a compliment to be different from a stereotype. A compliment based on racist stereotypes is a backhanded, and still racist, compliment. Yet, it happens so often in the Netherlands that it’s almost normalised.

For example, I once got complimented on how big my eyes are for an Asian. And there are so many layers to unpack in little comments like these. You may think it’s a compliment, but the racial charge behind it makes it anything but. In giving compliments about how we’re not like a particular stereotype, you imply that we are better when we are less like what we are expected to be.

In addition to those experiences, there are also certain stereotypes that are intrinsically linked to us as Asians in general. For example, the stereotype of being exceptionally hardworking – aka the model minority. Aadya spoke about how in school, there was an expectation of her to be quiet, diligent and hardworking. Not only does this generally put unnecessary pressure on a young girl, but it can also be a constant reminder that she is not subject to the same standards as her blonde-haired, blue-eyed friends. 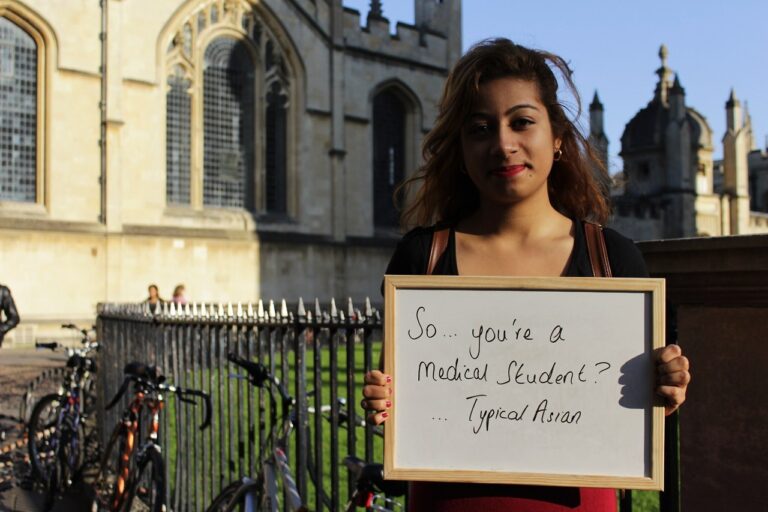 The issue of colourism

In talking about this, Aadya also recounted one particular Sinterklaas celebration at her local Dutch school. Sinterklaas is a Dutch tradition. Among the practices observed during this holiday includes dressing up as Zwarte Piet, an anti-black racist caricature that includes blackface. So, all the other children at Aadya’s school were getting their face painted black. However, the teachers and/or parent volunteers in charge decided that Aadya didn’t need to paint her face black. According to the teachers and other students, it was dark enough as it was.

According to Aadya, this was her first memory and realisation of the fact that her skin colour also subjected her to experiences different to other Asians. Because of the colour of her skin, she is often misidentified as being black, or Moroccan. Some assume she is Muslim, because apparently some people don’t fully understand that someone’s skin colour does not necessarily have anything to do with someone’s religious affiliation. She thus faces racism based on the stereotypical tropes of these groups as well.

At this point, it should be pretty clear that imposing stereotypes upon people can be extremely damaging. Whether you think those stereotypes are positive or negative. It is important to realise how much it strips away our identity, or how ashamed it can make someone feel for being treated as a stereotype in any way.

And yet, this is just the tip of the iceberg. These stories show that racism against South Asians in the Netherlands is ever-present, and in abundance. But it is not addressed nearly enough.

So why aren’t we talking about it?

This could be because, people in the Netherlands don’t necessarily identify this kind of racism as being distinct from other kinds of racism. This is due to how vastly different the stereotypical tropes placed onto them are. Aadya even mentioned that she feels guilty bringing up her experiences. She feels that her experiences are based on stereotypes of other ethnicities or minority groups, just on a smaller scale, and that can be a difficult path to manoeuvre.

Essentially, some people may think racism against South Asians doesn’t exist per se. But, some South Asians just experience racism based on other racial stereotypes that don’t necessarily have anything to do with being South Asian. To the white gaze in the Netherlands, South Asians are easily assimilable into existing categories of racial dehumanisation.

Or it could also be a complete lack of awareness of its existence. Ignorance is always a barrier, which is why we need to be raising awareness about this in the first place.

While the reason behind why there has been such a lack of dialogue may not be certain, one thing most definitely is. We need to talk about the stories of South Asians in the Netherlands. The increasing discussion of anti-Asian racism needs to be expanded to hear all voices of the Asian community.

1DISCLAIMER: this article is based primarily on a few personal experiences faced by people who were willing to speak about it. The names have been changed for privacy purposes.

3 May 2021. Edits to “The Issue of Colourism” made. These edits served to clarify the definition of colourism used in this context especially in relation to Zwarte Piet, which is anti-black racism. Thus, a photo of Zwarte Piet has also been removed.

22 May 2021. Edits made such as: phrases of ‘anti-Asian’ edited to ‘anti-ESEA’ for more inclusive language. 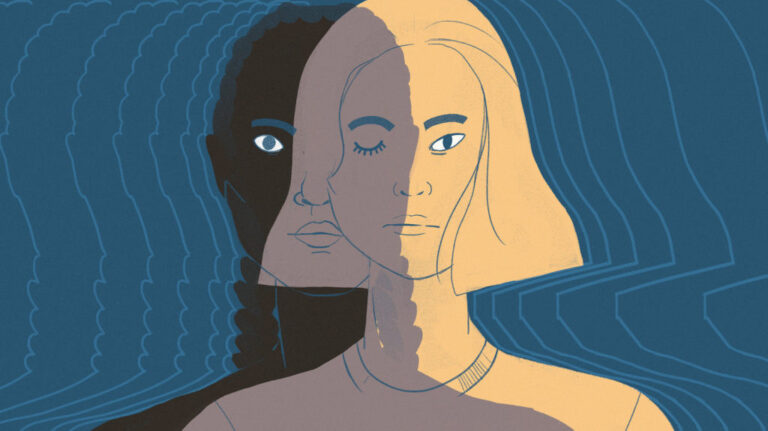