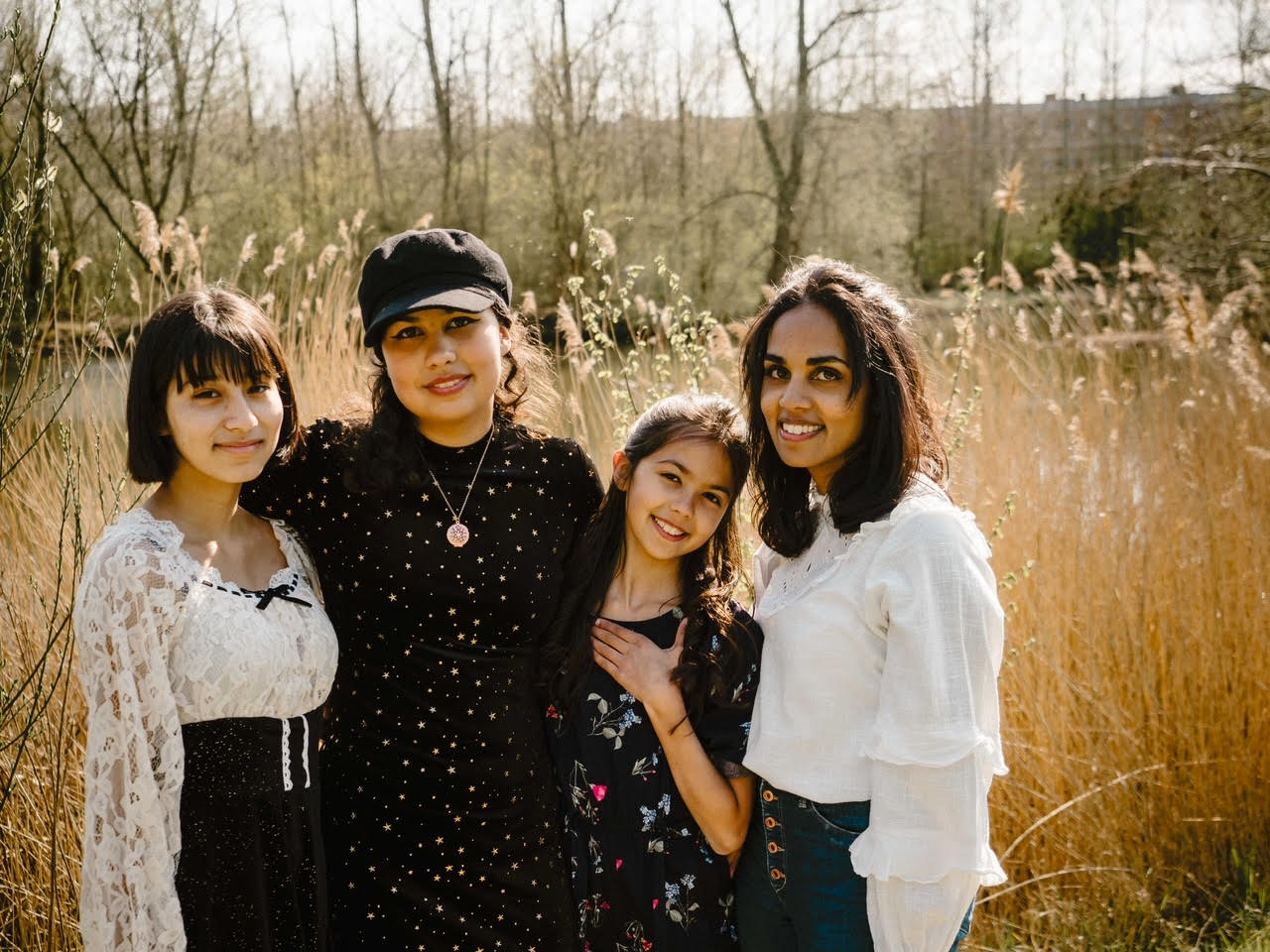 If you asked the Sri Lankan Talitha (1986) as a young girl what she hated, she would have answered "thunder and injustice". Thirty years later this hasn't changed and she contributes to the latter by being a moderator at Asian Raisins and by providing subtitles for the programme BOOS! of BNN-VARA. She is also still studying and in her spare time she likes reading, writing and gardening.

Talitha was adopted as a young baby and has lived in the Netherlands ever since. Currently she lives with her husband Bart and their six children in Hoorn. "Never a dull moment" certainly applies to her and her family.

The Bodhi tree, also known as the sacred tree, is a beautiful plant from the mulberry family, which is widely spread in my birth country of Sri Lanka. It can stand at a height of up to 30 meters and among its characteristics are its long branches with lush greenery.

Imagine being such a native tree species; your roots sit in a tropical climate where you feel safe in the heat of the sun. And then, one day you’re being dug out and replanted in Europe with its much cooler climate. The chilly breeze makes your leaves rustle in an unknown way. You’re  surrounded by Chestnut trees, Hazelnut trees and Birches instead of the lush greenery you had previously  gotten to know.

Every day you’re taken care of with love: the quality of your food and water increases, you’re being protected from hail and storms, and when you’re sick, you receive all the medical care you need. You grow properly, you develop properly, but every time you take a look around you feel like an outsider. A native misfit that shouldn’t be rooted in Dutch soil. You’re missing the heat that once burned on your lush greenery. You’re missing the birds that perched on your branches and scanned the surroundings with you.

As the years go by, you learn to recognize the growth and development of others around you. You learn to anticipate the seasonal changes and how to act between them. You’re trying to be grateful, because that is what’s expected from you. Knowing that people won’t fail to tell you on a regular basis how extremely lucky you are  to have been planted next to them. As if you were the chosen one, privileged to develop in this sacred Dutch soil.

However, a part of you will forever stay rooted underneath the sun of the land where you once took your first breath. From time to time it calls out to you; whispering softly, nags you that it’s missing you. All the while you, the Bodhi tree in clogs, are feeling torn inside; a silent cry for you from the place of your birth and the gratitude you so desperately are trying to feel.

This is how you could see adoption.

After all, as a young child you’re  suddenly taken away from your mother: no matter how small you are, you immediately notice that people who then hug you smell different , feel different, and look nothing like yourself. However, you do feel they love you, and eventually you will love them too. You feel safe in their presence and try to live up to their expectations. Yet you feel something isn’t right when you see that you’re the only child of color in a white family portrait, or when people ask you questions about your family background which you can’t find any answers to. It stings when you read the words “data unknown due to adoption” in your medical record, knowing that no one can tell you whether you have that eczema from your father’s or mother’s side. You crave the answers to these small details that might help you define your identity. Whether or not you’re  looking for someone who can give these answers, it feels like a huge slap in the face when you discover that the little that you do know turns out to be fake.

In recent years, I have stuck to what I knew from my adoption file: my place of birth, that I don’t know the identity of my biological father, and the fact that somewhere in the world I still have  a sister walking around who shares half of my genes. I was said to have been born near a local fish market, so I jokingly blamed my aversion to fish to the pungent odor I must have smelled as a baby. These little pieces carried an important part of myself and offered reconciliation for the recognition that I, and so many with me, long for so intensely.

When in the spring of 2017 the fraudulent practices of, among others, the former Flash Foundation regarding the adoption files surfaced, these little pieces of reconciliation slipped away from me like loose sand between my fingers. It’s estimated that a significant percentage of the adopted Sri Lankan children and their adoptive parents in the 1980s and 1990s, which includes me, were deliberately scammed by people who worked for this foundation. For some, ‘only’ certain details such as place of birth and dates have been omitted. Others discovered, for example, that they still have living relatives while they’ve been told otherwise for years. Deliberately, our eyes and ears were averted from the truth, and Flash and its  associates made money from these lies. This happened while we, the children, paid the price in exchange for our identity.

Every human being has the basic right to know where they belong . The Flash Foundation has frequently and deliberately violated this right. The episode of the Dutch show Zembla in which these malpractices came to light, wiped out foundations for these children in one fell swoop  – which included me. Suddenly my passport was no longer correct and I was no longer the person I thought I was. I feel as though my person has become obliterated and incomplete, knowing that others have exploited the incompleteness they made for me and my Dutch parents.

The root of suffering is attachment.

Buddha, the founder of Buddhism, is said to have once found his well-known enlightenment under one of the Bodhi trees, which dominate the Sri Lankan landscape. Perhaps this storm, which brutally stripped so many branches of their leaves, will in due course also provide space for a perspective that until now seemed to have been out of sight. I will hold on to that thought for the foreseeable future – and to those who, despite the difference in our roots and the incompleteness of mine, never gave me less room to grow to where I am now.

Lees ook: A stain on a white wall