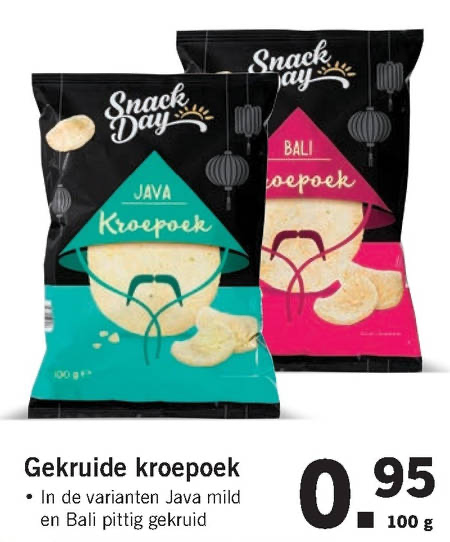 In May of 2022, the supermarket Lidl followed through on an agreement that they would change the packaging for their prawn crackers. These products displayed stigmatising illustrations ranging from cone hats to Fu Manchu moustaches and because of this, Asian Raisins contacted the company. The result of of this is that the packaging of the prawn crackers has been changed and they no longer depict any outdated and stigmatising imagery anymore. The new packaging can now be found in almost every one of their stores.

In January of 2021, Asian Raisins received multiple complaints that spoke of stigmatising imagery on the ‘Bali’, ‘Java’, ‘Cassave’ and ‘Naturel’ prawn cracker packaging. A couple of different stores of theirs were visited and in every one the packaging with a cone hat and Fu Manchu moustache was spotted. These are cultural characteristics that are wrongfully assigned to people of East- and Southeast Asian descent to this day and often have a very condescending and racist connotation attached to them.

Asian Raisins dedicates itself to fighting against anti Asian racism in the Netherlands and therefore decided to reach out to the Lidl for a conversation to remove the stigmatising packaging from their shelves.

After this conversation with Asian Raisins Lidl fully agreed that the packaging, like the one in the image above, depicts a negative and wrong image which consequently aids in the normalisation of racist stereotypes about people of East- and Southeast Asian descent.

WHY IS IT RACIST

These illustrations are meant to create a direct association with authentic Asian food culture, but work backwards. The depicted cone hat, for example, is not a piece of traditional clothing in Indonesia, where prawn crackers originate. It’s a piece of clothing worn by labourers throughout the entirety of East- and Southeast Asia while they work on rice fields. Just the same as people wear hard hats or a bright yellow vest on a construction site. The cone hat has a functional purpose and is not a clothing piece which people use to represent themselves in relation to their identity or culture.

“The white male gaze created embodied that character,” says Dr. Nancy Wang Yuen. “[He is] completely created in the white imagination.” Above: Christopher Lee (Lord of the Rings) as “Fu Manchu” in The Castle of Fu Manchu (1968). Source: United Archives/Hulton Archive/Getty Images 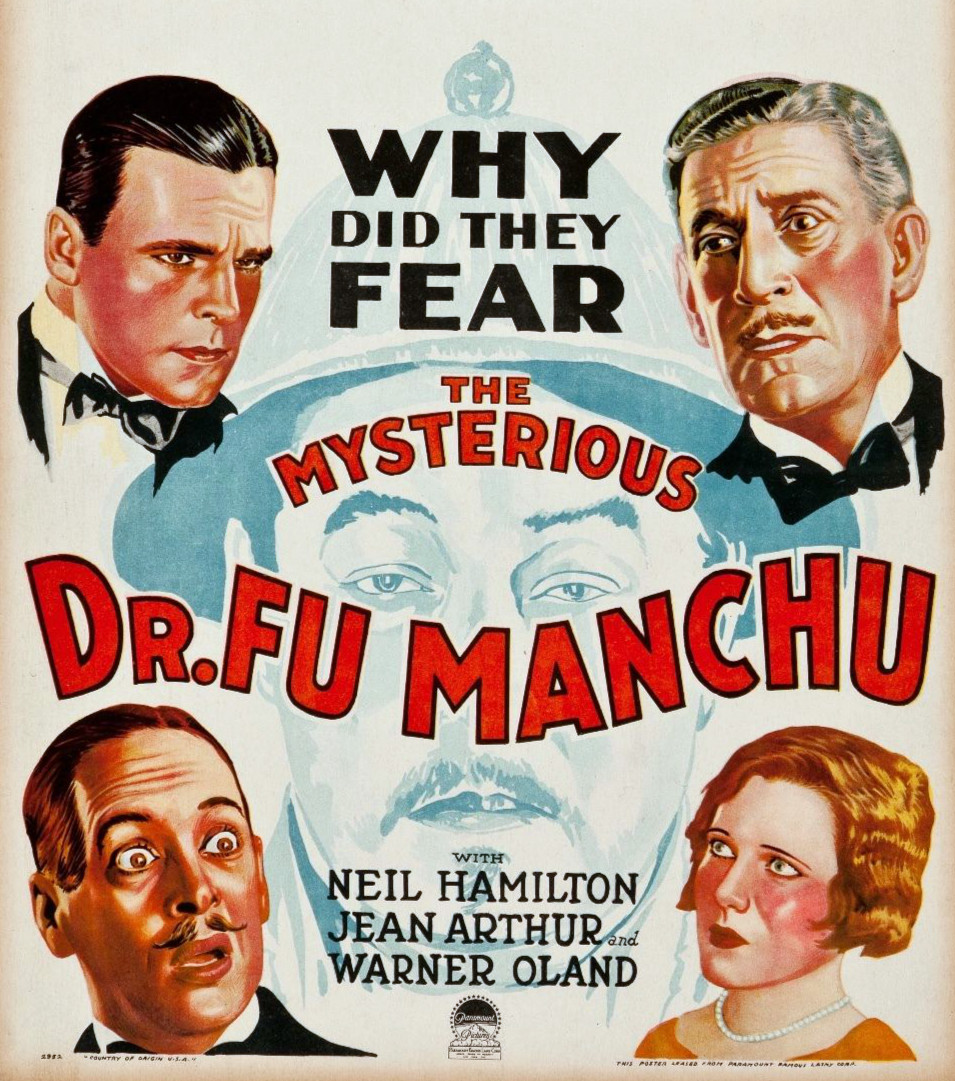 Besides this, the infamous Fu Manchu moustache has a long standing and problematic history that has been condemned countless times, both in and outside of the Netherlands, as anti Asian racism. This moustache finds its origins in Fu Manchu, a fictional character from the literary world of the 20th century. He is the antagonist in all of his roles and is always depicted with almond eyes, a moustache and wearing clothing made of silk. Fu Manchu first appeared in a book series by writer Sax Rohmer in 1913 and had his own Marvel-esque franchise from 1923-1980. He embodies the idea of ‘The Yellow Peril’, a personification of the fear of Asian expansion in the Western world, that many white Americans believed in due to orientalism. He was meant to depict the ‘far East’ as evil and subordinate to a Western society that wasn’t exposed very much to these cultures. The character of Fu Manchu is a racist caricature and carries an accumulation of stereotypes and racistly charged stigmas with it, which are still very hurtful to a lot of people nowadays. An elaborate explanation of this phenomenon can be found in this article ‘How Marvel’s Shang-Chi had to “destroy” its own racist origins’.

Asian Raisins emphasizes that the commercial use of racist stereotypes as a marketing strategy to sell products, also known as cultural appropriation (the article linked here is only available in Dutch), normalises racism and stigmatisiation. The illustrations on the packaging might seem respectable and authentically Asian at first, this is far from the truth however. They are based on racist stereotypes and ignorance from the creators. For this exact reason Asian Raisins is always eager to reach out to companies whenever notified about things like this. This way we can proactively offer support and advice to help people better understand why some things are racist and prevent any future instances like this one from happening.

ATTENTION FROM THE MEDIA

After this case, to change the racist prawn cracker packaging, was finished, the general public caught notice of it. On May 2nd, 2022 a post was published on the Asian Raisins Instagram page that notified her community of this case. On May 4th, 2022 our Wesly spoke on behalf of Asian Raisins for an interview on Radio 1 bij De Nieuws BV.

During this interview things such as how the prawn cracker packaging became a case in the organisation and why the illustrations on the packaging are racist were discussed. You can listen to the full interview here. The next few days, multiple papers like het Parool, AD and Metronieuws published articles reporting about the case at hand and although responses to the changing of the packaging were very positive at first from people in- and outside of our community, not everyone was amused. We were caught off guard by the flood of negative reactions that soon followed on our social media pages and in our mailbox. Because of this we realised there is still a lot of work to do when it comes to creating more awareness about representation, stigmatisation, stereotypes, racism and cultural appropration both out-, and inside of the broad and diverse Asian community in the Netherlands.

The complaints about the prawn cracker packaging were submitted into a case that saw its start at the beginning of January 2021. We got in touch with the company and requested them to take action and a conversation about the weight of outdated stereotypes and cultural appropriation soon followed. Afterwards Lidl said they agreed that the association the packaging creates with people of East- and Southeast Asian descent, is outdated and has no place in today’s society and thus they would take action. Meaning the packaging it concerned would be changed. This change wouldn’t take effect immediately however, as some economical en environmental factors (food waste) have to be taken in account. A big retailer like Lidl places mass orders for all their products a long time before they arrive to their stores and therefore a product can’t immediately be changed. Since May of 2022 the new packaging can be found in their stores however, which brings this case to its end.

Our contact with Lidl was cooperative and smooth: we worked together very productively. The ability to find a satisfactory solution that is in the societal interest of both parties, shows us that it is very much possible for retailers to change the name and packaging of products if they are racist of nature.

In late 2021 Asian Raisins also contacted Action in relation to the product ‘Filipinos koekjes’, which has adapted a new name since then because of the harmful, colonial and discriminatory weight it carries with it. The new packaging for this product can be seen in Action stores soon. More about this case can be found here (the article linked here is only available in Dutch).

Asian Raisins calls upon people to keep reporting all forms of racism to us, because that way complaints can be compiled, a case can be made and action can be taken. Doing so is possible through our hotline.