Opinion: Who Is The Real Victim? 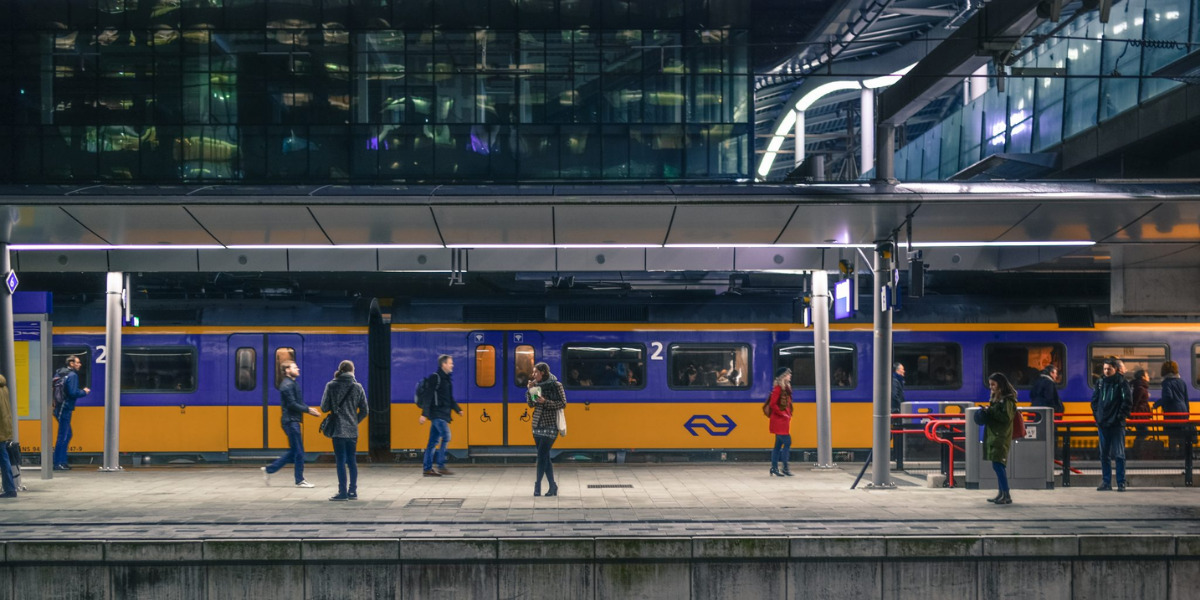 Written, translated, and adapted by Josin Hu, of Chinese origin and the president of the Association of British and Chinese University Students at the University of Bristol. He wants to create awareness of racism against people of Asian descent; supporting the Public Affairs team of Asian Raisins and is a columnist at asianraisins.nl

Disclaimer to readers: This article discusses death threats. Asian Raisins condemns any form of violence including death threats. We don’t support, encourage, or allow people to commit acts of violence or carry out threats in our name. Discretion is advised.

It’s truly shocking. An Asian woman was publicly humiliated on the train at the beginning of this year. Not only is it a grave disappointment that such a thing has happened in the first place, the short-sighted and lacklustre response of Dutch society, the media, and the wrongdoers themselves are equally distressing.

On a winter’s day in January and on the last train to Zwolle, Sarah* was greeted by a group of singing young white people. Returning from a booze-filled night, this group was joyously singing: Hoe lang is een Chinees, hij is de vriend van onze Kees. (How tall is a Chinese person? He’s a friend of Kees). It’s circus music, one of the songs played during Carnaval (or Carnival in English) and a riff on an old pun; Hoe lang (How tall), sounding similar to Hu Lang, purportedly a name of Chinese origin.

After a while when the singing wouldn’t stop, Sarah confronted them and asked them to cease it. She took out her phone and started filming, requesting their names and warning them that this video would end up on YouTube. Without effect however, as they continued their song. According to Sarah, she asked them again when she stopped filming but was repeatedly told to ‘shut her hole’. This verbal abuse is vehemently denied having happened by the group.

Emily*, one of those present, states that they weren’t aware of how Sarah was feeling at the time. “We really didn’t realise it might have been hurtful towards her. She was cheerfully standing there and didn’t let on at all that she was feeling uncomfortable [about our singing].” They insist that they were singing it in reference to one of their own companions, also named Kees – it was not directed at Sarah.

Even if one could accept this as a sincere failure of social competence and although I will admit that a drunken mind is encumbered in many ways, it does not make this song itself any less unseemly or offensive. It fits within a history of similarly racially insensitive Carnival singles such as Voorkomen is beter dan Chinezen. Those adolescents should know, in case they still haven’t realised, that singing a song like this is offensive and degrading; no matter your company, no matter your true intentions.

As is often argued in the Netherlands, one could say that they weren’t intending to be racist, it’s just a joke. I agree, this is just a joke. It is a joke at the expense of the Chinese language, Chinese people, and Chinese Dutch. Even calling it satire is disingenuous; it doesn’t parody the language as it is really spoken. There is no basic decency; this is just a caricature that makes fun of other people’s identities. If it was meant to be a joke; it is unequivocally racist.

Sarah followed through and the scene did end up on YouTube. Though, the response was paltry, consisting of only trolls and even including some of those involved themselves. “Wat een gezelligheid in de trein, heb ik nou nooit.” (Such fun on that train, [how come] I never experience this.) “Mag ik 2 fong yong hai” ([I’d like to order] two fong yong hai.) No wonder that Sarah describes this as ‘… adding insult to injury.’

“There are a lot of people that sing this song. Using your perspective you are trying to put them in a bad daylight. Personally I think that the real blame lies with the creators of the song, not these people!”

Nonetheless, five months later this video got a new lease on life from Asian Raisins and received a tremendous amount of attention in a short time. All young people involved are quickly identified; their names, jobs, etc. are published through channels such as @broodjekaasmetsambal. The video was promptly taken offline due to a privacy complaint.

Shortly after this renewed interest the group tries to apologize multiple times. Yet, their apologies are sidetracked by a misplaced examination of their own troubles. “It’s a fact that our privacy was infringed upon … and that other people have been encouraged to stalk and harass us isn’t proper either”, as the group states in one of their written apologies.

Unfortunately, it is true that frequent death threats have been sent to those involved as a result of this video. These deserve my strongest condemnation. Neither Asian Raisins nor I believe in violence. Violence has no place in our battle against racism. It’s simply pathetic and not a viable method to bring about the change required.

In spite of that, Sarah is not responsible for these threats. She has encouraged no one to threaten anyone nor has she made any herself. Documenting and disclosing the behaviour of these people is the only thing she has done. The bottom line is that death threats – how abominable they may be – represent great anger. What these people have done, has not deserved the death threats, but has deserved the anger.

The group regularly repeats that it was never their intention to offend anyone. ‘Sorry’ is royally sprinkled throughout their correspondence and they offer to talk it out many times.

To us it seemed as if she was actually enjoying it. So we happily continued singing …  Thus, I would like to say that we were never singing it ‘against’ her and never with evil intentions.

Although, I do wonder why it has taken five months for them to draft an apology letter. They were aware of the video itself and were explicitly accused of being racist by the title of the video: Racisten zingen ‘Hoe lang is een Chinees’ (Racists are singing: ‘How tall is a Chinese person’) If this was a genuine misunderstanding, it has still taken them five months until they finally tried to clear up such an accusation.

“Feelings were running high after [you stopped] filming. Apologies from our side weren’t accepted and we couldn’t explain ourselves. There have been quite some harsh words on both sides … You haven’t tried to contact us either to seek an explanation.”

From a written apology letter, sent by email.

I don’t find it surprising that Sarah has stated that she does not accept their apology. Your apology letter is not supposed to detail every inconvenience that has befallen you. You ought not wait five months until something like that goes viral. Your good intentions are no justification of your appalling actions and offer no consolation to the victim. Their apologies were not in the interests of the victim; their apologies were in their own interests. They wrote an insincere apology and only when they started feeling the heat.

What About the Media

In a recent article published in a local paper, Olger Koopman details this incident and the resulting death threats. Nonetheless, his negligent reporting has resulted in a misleading and harmful narrative. Although he does capture the seriousness of the death threats themselves, he undermines the negative consequences that have befallen Sarah.

He subtly discredits the incident itself. There is an undue focus on the timeline of events: “This video had already been around for five months, but it has only gone viral recently…” as if he is saying ‘let bygones be bygones’. The introductory paragraph uses qualifiers such as hateful, scary, and shocking to describe the comments that Emily is enduring. Sarah has not once been mentioned.

Furthermore, he normalizes the racist behavior of this group of young people. He describes the mood as ‘elated’ and takes care to mention that they have been singing it for the entire day. He states that it’s ‘popular’ in the pub and immediately adds that the singing was directed at Kees. It’s clear that the reader is supposed to condemn the death threats, not the racism.

Similarly, his depiction of Sarah is unfair. It is peculiar that a regional newspaper takes care to refer to the group of young people as Harderwijkers (demonym for people from Harderwijk, a regional city) and essentially, portraying Sarah as an outsider. Koopman mentioned that Sarah did not accept the group’s apology but forgets to add why she doesn’t. He never mentioned that Sarah has neither encouraged nor made these death threats and the overall narrative paints her as emotional and irrational.

Suffering the same delay as the apology letter, this article was written in response to the death threats, not the incident itself. It was swiftly distributed across mainstream media, reaching the Dutch Public Broadcaster and a number of regional newspapers. Posted wholesale and without care, I wonder where the sympathies of these newspapers lie and whom they view as the victim in all of this.

All in all, I lament this entire situation. First because of offensive jokes at the expense of minorities, made and tolerated as long as they don’t mean it. Second because of a short-sighted apology, made for personal benefit. Third because of a poor representation of the narrative that is more sympathetic to the wrongdoers. The result is that the true victim is forgotten.