What is 'Hanky Panky Shanghai'?

The long answer: ‘Hanky Panky Shanghai’ is a make believe birthday song sung at primary schools and children’s birthday parties. This so-called birthday song is supposed to be the Chinese version of Happy Birthday. The song consists of three nonsensical words meant to sound Chinese, but can hardly be given the honour of any type of comparison to a real Chinese language like Mandarin or Cantonese. Whilst singing this song people often portray racist caricatures, making a slanted eyes gesture or putting their hands together and making bowing movements. Children of East and Southeast Asian descent are ridiculed this way. Consequently, Dutch children of all backgrounds are taught that this kind of racism is acceptable or even normal. Singing this song, and all the accompanying negative side effects doesn’t only happen at their own birthdays, but at their classmates’ birthdays as well. Sometimes, this unfortunately causes East and Southeast Asian children to be very reluctant to celebrate a birthday.

What is wrong with 'Hanky Panky Shanghai'?

The short answer: Through ‘Hanky Panky Shanghai’, East and Southeast Asian children are confronted with racism at a very young age and makes birthdays an uncomfortable experience. Like this, both classrooms and birthdays become unsafe for them.

The long answer: Multiple things are wrong with ‘Hanky Panky Shanghai‘. We have summarised them here:

‘Hanky Panky Shanghai’ makes fun of Chinese languages. The song consists of three nonsensical words that are supposed to sound Chinese, but are not a derivative of any real Chinese language. Oftentimes ‘Hanky Panky Shanghai’ is sung in combination with an English, French or German version of Happy Birthday. Only the “Chinese” version is sung in a fake language, which is harming and disrespectful.

Whilst the song is being sung discriminatory gestures are made, such as making a slanted eye gesture or putting the hands together and making bowing movements. These are all racist caricatures that ridicule the appearance of people of East and Southeast Asian descent. The gestures and use of racial slurs like “ch*nk” are very hurtful to many people. This makes East- and Southeast Asian children in the Netherlands feel that they’re not being accepted for who they are. Consequently, they can start to feel ashamed of their heritage, appearance and culture. This is especially harmful when such seemingly innocent songs are sung in the safe environment of a school.

Singing at school is a social activity that is especially suitable to create a feeling of togetherness, but with ‘Hanky Panky Shanghai’ this goes completely wrong. Where there’s often an opening during a conversation to say something has hurt you, it is much more difficult to do so whilst everyone is singing. Besides, singing ‘Hanky Panky Shanghai’ is not something that only takes place between peers. In the context of a birthday celebration it is oftentimes started or encouraged by a teacher. The cooperation of an authoritative figure and lack of a chance to speak up, or ability to remove yourself from the situation creates a reoccurring unsafe environment that is scarring for East and Southeast Asian children. They are systemically made the punchline of a joke that reduces their ethnicity, cultural background and appearance to gibberish and gestures. The incredible vastness and diversity of the many different East and Southeast Asian peoples is also simplified and reduced to one monolithic society this way, which can create the assumption in children that all East and Southeast Asian cultures are the same.

But people don’t have any bad intentions singing the song, right?

Good intentions unfortunately don’t automatically mean that something isn’t harmful or racist. ‘Hanky Panky Shanghai’ most likely doesn’t stem from any ill intentions, but it most certainly has such a negative effect on people of East and Southeast Asian descent. The song makes birthdays an unpleasant experience. Thus we are taking action to ban the song from (primary) schools and pabo programs.

Am I wrong to have sung 'Hanky Panky Shanghai' in the past?

From our survey we learned that a lot of people weren’t aware of what discrimination was in their youth. Therefore, a lot of people have sung ‘Hanky Panky Shanghai‘ in their younger years without realizing it is a discriminatory and racist song. This doesn’t mean you’re a bad or racist person. It does mean however, that Dutch society doesn’t recognize certain types of racism, like this song, as harmful. It’s important for this society to become aware of these forms of (sometimes hidden) discrimination and racism, as children often experience difficulties indicating when they’re bothered by racism. This also shouldn’t even be necessary. It’s up to adults to lead by example and speak up for a child if need be. The past cannot be changed, but the future is still ours to shape as we see fit.

What can we sing instead of 'Hanky Panky Shanghai'?

Luckily, many other birthday songs exist, like: Lang zal ze leven, In de wei staat een koe, De koekenpan is jarig etcetera. ‘Hanky Panky Shanghai’ is generally sung as a supposed Chinese version of Happy Birthday, which is sometimes also sung in French or German. If the birthday child is bilingual, and would like to, they could teach the class how to sing the song in a different language together with their teacher(s) for example. 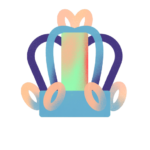 stop racism in the classroom